About 30 years ago, during my training for ministry, I conducted my first funeral service. It was a family funeral. A great uncle of mine had died and I was asked to conduct the service. Some other family members were not able to attend the service, and unbeknown to me a cousin had arranged with the Crematorium staff for the service to be recorded. The service went well, my uncle had a good send off, and I had notched up the first of what would become a 4 figure number of funerals. I felt uneasy that the service had been committed to a C60 cassette tape, and I sought assurance that after it had been listened to the recording would be destroyed. But many, many years later when my parents were moving house I was reunited with the C60 cassette tape! I listened to it. Not bad for a first one, but how my style had changed, and I had said things that I wouldn’t now.

My attitude to the recorded funeral service has changed too. Nowadays I frequently record the audio of a funeral service, and can make it available on a CD or more often an MP3 file to stream via the internet, for family and friends unable to travel to be at the service.

Technology has changed, attitudes change… But video live stream for a funeral… a step too far… we’ll see what I think in a few years!

Feedback
Roots on the Web 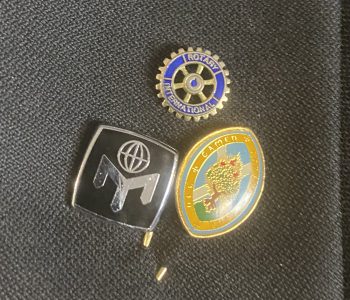 Phone in Audio only solution